Fantom of the Beat "Look Out Boy" Ft. Rhymrcka (Video) 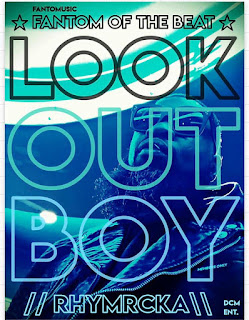 2x Grammy-nominated Haas G (of The UMC’s) aka Fantom of the Beat and Rhymrcka exude incomparable producer/emcee chemistry in “Look Out Boy.” The single/video takes the lead off Fantom’s “Audiodrome” album, available everywhere music is sold.

Fantom weaves together an intense blend of melodic soul, aggressive bass, and piercing drums as a canvas for Rhymrcka to flow over. The ‘look out’ theme is reiterated throughout the record by Rhymrcka’s cutthroat lyrics and punchlines.

Not new to the game, the streets, or life; this duo lead with transparent footsteps and eyes wide open. They’re able to shine in the day and move in darkness simply because they’re immune to haters and the snake-like venom they spew. Fantom and Rhymrcka are ahead of the ops, unloyal dime pieces, crews with hidden agendas, and even envious family members.

“Look Out Boy” is a simple message delivered NY style, leaving traces of armor, concrete chalk, and dusted flames behind.  Watch "Look Out Boy" and connect with NY's notorious duo below.