John Sarastro, a seasoned beatmaker and musician, shares his latest 14-track dose of Hip-Hop titled 'Obsidian Roads.' The Zurich Switzerland-based instrumentalist describes his album as self-therapy as well as “an innovative ‘Chef d’Oevre’ from a Swiss boombastic producer who’s been flying under the radar.” To expand his fanbase, Sarastro enlists a group of elite East Coast emcees along with some international features representing Canada, and Korea.  The diverse selection of lyricists highlighted throughout the album includes Queen Herawin, Uncommon Nasa, Pastense, Warren Britt, Bloodmoney Perez, Lee Reed, and Yo Daddy Doe. 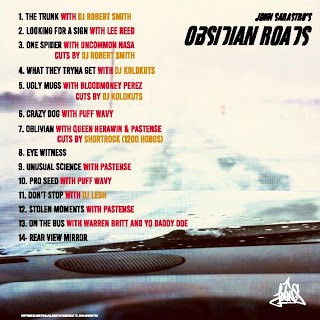 To fully experience Sarastro’s curation of ‘Obsidian Roads’ listeners need to comprehend the definition and influential meaning detailed by Sarastro himself. "Obsidian stands for the mysterious black stone that promises healing and protection from negative energy in various cultures, and roads stands for the cathartic effect of driving. Ultimately a meditative self-discovery through music in a wrecked Oldsmobile on the way to nowhere with a full dose of Hip-Hop blasting out the speakers.” 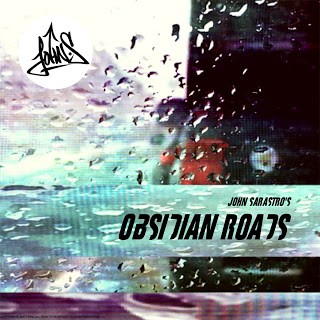 It’s difficult to pinpoint one or even a handful of tracks that stand out more than the others. Sarastro truly has mastered the skill to deliver a full-length album overflowing with mind-spelling production flawlessly mixed with hypnotic instrumental blends that drive soulful, jazzy, and boombastic sounds. ‘Obsidian Roads’ is sure to have Hip-Hop heads digging in the crates for years to come.

“The trunk” begins the outer realm journey with stormy rains that transcends into clapping bass and drums. “Looking For A Sign” steers listeners through the unknown realm by way of intermittent horns and lucid tones. “One Spider” speeds the journey up a bit with an arrangement of groove and funk, yet semi trippy beats. “What They Tryna Get” is one of the leading tracks on the album, as it exudes a flawless mixture of cosmic endorphins and authentic Hip-Hop vibes.

“Ugly Mugs” is more of a gritty track to accent the raw flow and firmly plant the listener’s feet, unable to turn back. “Crazy Dog” serves as a classic head-nodding track led by heavy bass and complimentary drums. “Oblivian” weaves soulful undertones, striking drums, cuts and scratches into a hypnotic state of eargasm.

“Eye Witness” is a track that pulls from the dark side for a suspenseful deliverance of chilling, almost erratic reverbs. “Unusual Science” piggybacks and pulls listeners further into Sarastro's realm through white noise, warped sounds, and periods of shrilling pulsations that ring over and over. “Pro Seed” offers a kaleidoscope of instrumentals ideal for reaching the climax of the album. “Don’t Stop” just might be the heartbeat of the album as it offers listeners an incomparable experience driven by piano keys, scratches, and jaw-dropping instrumental winds. “Stolen Moments” is a jazz and soul-influenced piece that shocks listeners with raw, truth ridden spoken words.  “On The Bus” is the catchy track of the album, preparing listeners to exit their journey of Sarastro’s eccentric realm.

“Rear View Mirror” offers intensified production to conclude the project but will have listeners eager to return to Sarastro’s unknown, atmospheric realm where instruments and soundscapes captivate the mind and soul. Stream ‘Obsidian Roads’ and connect with Sarastro on Instagram and Soundcloud. 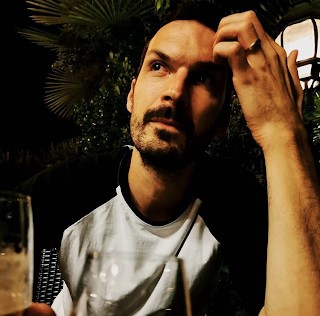