After a small hiatus, R. Hendrix delivers a video depicting current times as seen through his eyes. “Joker” is produced by NYBangers and shot by @MRTORTCH.


R. Hendrix is an East Flatbush Brooklyn, NY bred emcee who is talented beyond his accomplishments. Once previously only enraptured by music as a hobby, he is now setting forth to make an impact in the industry by working All Elements as well as Ruste Juxx and Canadian producer Big Bob. R. Hendrix has released two mixtapes and his currently working on his debut album. His ability to create a marriage between radio-friendly production and raw underground lyricism has led to the presentation of a very well-rounded project that can be enjoyed by many audiences. He attributes his intricate lyricism to writing from an early age. From the beginning, he felt as though he had no one he could speak to about his issues or feelings and often sought out a Meade composition notebook to share his troubles with. This would eventually draw him towards hip hop as he witnessed others doing the same thing over a different medium. He quickly developed his own style of delivering brash and honest lyrics with a razor-sharp flow that will have everyone wondering "who is this guy?" His ultimate goal is to expand his fan base and to herald the next big thing out of Brooklyn. 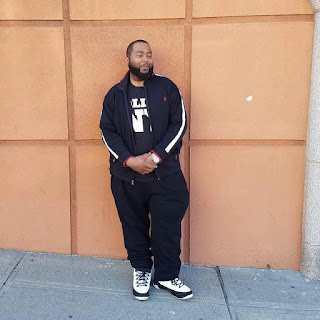 Submitted by J-Ronin of All Mentals Music Group