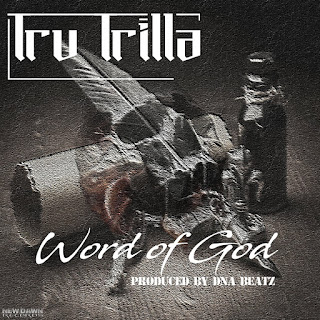 New Jersey's Tru Trilla releases his new album "God of Barz" through New Dawn Records on May 29th, the follow up to his EP "The Seymour Chronicles" which dropped on March 17th.

Production on the new album is courtesy of Newark native (now resident in LA) Clinton Place aka Jamal Nueve, Chicago's DNA Beatz, Barcelona's Sumerio Square and the UK's Chat One. Fellow 050 Boyz group member Prince Ak is included in the Brick City contingent of featured artists together with Fly Kwa, Middy Murdock and Confucious.  This one's for the heads, raw and uncompromising, the energy is intense as Tru tackles political tensions, corruption, equal opportunities and the current state of hip hop delivered in a series of fierce and passionate rhymes over a raucous soundtrack that will give the neck muscles a serious workout.

Distributed by Ingrooves / Universal. Available to stream and download at the following