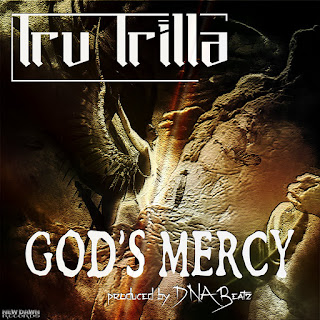 New Dawn Records release the third single by New Jersey rapper Tru Trilla to be taken from his forthcoming album "God of Barz" out May 29th.

Following on from "Word of God" and "God's Sympathy", the Brick City lyrical marksman brings more of his customary savage firepower to "God's Mercy".  Going on a ferocious verbal rampage through a series of relentless hard bars and punchlines, the raw energy is intensified by the explosive production courtesy of Chicago's DNA Beatz.  Set the dial high and prepare for the onslaught, this is the real deal.