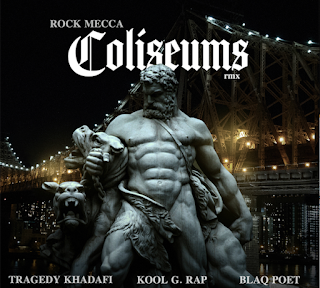 Rock Mecca’s critically acclaimed LP “Ironworld” was released in 2018. The three years it took to make the album generated several outtakes, side appearances, and remixes that are now being released as a compilation EP dubbed “FE26: The Ironsides.” The properties of iron are being channeled here to bring you hardcore Hip-Hop in the form of 8 tracks, all bangers no filler.

Recorded at the Spacelab, a studio in Brooklyn, N.Y, which is quickly becoming a go-to spot for the cream of New York’s underground rap scene, a few frequent passerby's were pulled to the side to drop a sixteen as Rock was working on Ironworld.

“FE26: The Ironsides” is the first of a few releases slated to be released by Rock Mecca this year and another standout project to add to the cannon of his discography. 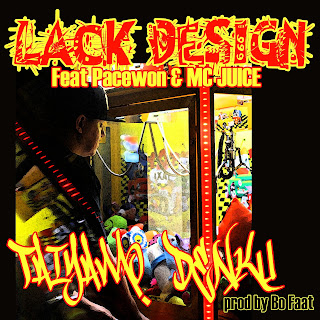 Bo Faat the German producer created a melodic picture with his production canvas that allows the 3 emcees to show the world their artistic design. Stream “Lack Design” and connect below. 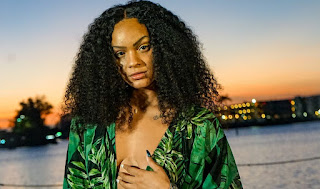 Ms. Monae, under LMK LLC in association with Rockboy Records LLC, proves to be the next R&B sensation in her latest single/video “Ride.”
The video shot in Miami Florida accentuates the titillating beach and nightlife vibes while displaying Monae’s natural sexiness and melodic vocals. What she wants is simple, someone to ride the morning with her and swim the ocean for her.
The smooth, soulful tones flow immaculately with Monae’s voice and it’s evident she’s making waves that will take us into another realm. Watch “Ride” and connect with Ms. Monae on Instagram @officialms.monae. 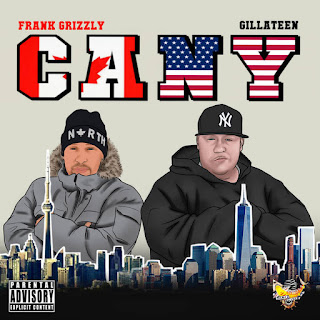 Gillateen and Frank Grizzly announce the release of ‘CANY’, a NY meets Toronto emcee/producer collaborative. The 12-track project is produced entirely by Grizzly with cuts and scratches by DJ TMB and DJ Goadman.

Gillateen shows off his mastered wordplay, storytelling, and quick-witted punchlines for what can be considered an epic piece of timeless Hip Hop. Intro, with striking drums and a melodic flow of instruments, sets a somewhat hypnotic tone for the album. Run serves as a high energy, hard track to lace up Nikes and run. Whether you have guns, are hopping fences, acting relentlessly in the trenches, or strolling curbside, no one is safe from police.Last Breath is a more of a gritty track with vein piercing piano keys to magnify Gillateen’s declaration to Hip Hop and his onward journey to the promised land.
Red Curry ignites street heat with thumping bass and worldly soundscapes. Gillateen depicts the diverse badges of ‘red curry’, from doing time and losing your mind, and to a …