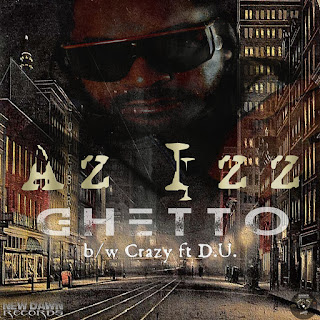 Rapper and producer Az Izz, formerly of legendary New Jersey group The Outsidaz, returns with the self-produced AA side single "Ghetto" b/w "Crazy" out today, the third from his new album "Dopeliss" releasing through New Dawn Records on July 3rd.

Together with Pacewon, Young Zee, Rah Digga and D.U., the Brick City crew were noted for their work with The Fugees, Wu-Tang and a new emerging force from Detroit at the time, D12.  More recently pursuing a career in tv, film and sports music production, Az marks his arrival back with a first major solo offering in several years which blends the sounds of hip hop through the ages.

On "Ghetto", the classic sound of the east coast prevails through guitar hooks and blaring brass on journeys to the gritty underbelly of the city bars portraying street tales from the hood in the daily battle between survival and aspiration. Meanwhile on "Crazy", aptly named for these times, heavy kicks and electronica fuel the adrenaline of a chaotic Brick City ride accompanied by fellow group member D.U. 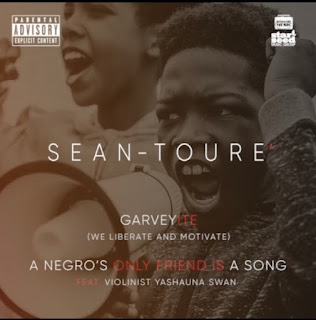 On Juneteenth 2020 Baltimore Music Producer/Emcee Sean-Toure’s new song "Garveyite" made its debut on all music streaming platforms. The energetic song laced with incredible music production and powerful lyrics promotes Black pride, self-love, and unity.
The track about empowerment and resilience centers on the recent protests, uprisings, and gentrification taking place in America. The powerful lyrics, elaborately produced soulful-beat and awesomely catchy hook make this song one of the best Hip Hop singles of 2020.
The song is also accompanied by a visually beautiful music video with imagery and soul that will make you raise up your fist in the air. ”Garveyite” is available on all streaming services, now!
Check out the video and grab your copy of the song below. 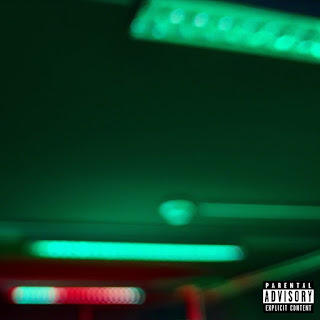 Coming to you all the way from Vienna, Austria, rapper Hightauer presents the multi-language first single "MMIB" featuring fellow Austrian MC/producer Soulcat E-Phife and vocalist Marie off his upcoming EP "Xeno".
Afrofuturistic rapper and beatmaker Hightauer met the tough, sophisticated and soulful female MC/producer Soulcat this year and immediately felt a mutual creative vibe. They wrote the lyrics to "MMIB" (produced by Kapitel Kool & Jahcopin) in a single day, drinking Gin Tonic on the rocks, recorded right away, and collaborated with one of the finest jazzy voices Austria currently has to offer. "MMIB" (Makingmusicontheblock) or in german: "MusikmachenimBlock" featuring Marie is this hype breaking trio's homage to the old-school of Hip Hop. The music video incorporates elements from the legendary "Drop" video by The Pharcyde, another proof of the strong 90's affinity of this group.