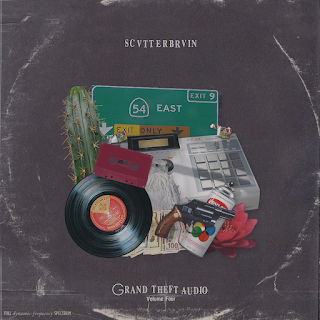 San Diego’s SCVTTERBRVIN is one of a kind in hip-hop and his resume speaks for itself. The Mexican/Filipino artist does it all, he can provide an incredible variety of soundscapes as a testament to his grind and hard-working nature. Further, he can drop a verse on that same track with seamless delivery and execution. A household name with a number of collaborations under his belt, alongside being the owner of the Red Lotus Klan, SCVTTERBRVIN is set up to dominate the summer as he’s getting set to release “Grand Theft Audio Volume 4”, his third release of the year and 13th project overall.

SCVTTERBRVIN brings a myriad of styles to the table on “Grand Theft Audio 4” this comes not only in the form of his lyrics but the production used as well. “Grand Theft Audio Volume 4” showcases the relationships and building the San Diego artist has done over the course of the decade. With production by underground heavy hitters like ewonee, sadhugold and SCVTTERBRVIN himself, he’s able to fit with any sound and make it his own. All of this said, vocally SCVTTERBRVIN is the star of the show on “Grand Theft Audio Volume 4” with tracks like “Been There, Done That” “SD 2 QB” & “Unidentified Fly” featuring the only three guests in Tha God Fahim, Tragedy Khadafi and Estee Nack respectively.

“Grand Theft Audio Volume 4” is a testament to SCVTTERBRVIN’s prolific nature both in production and in lyrics. Check out the mixtape and grab your copy below. 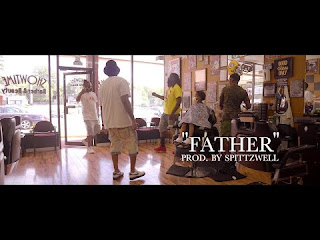 Sir Calloway returns with yet another influential single and video. “Father” featuring Backwud Marc with production by Spittzwell and directed by Ledoox2 is available on major platforms. With so much media spinning on children without fathers, Sir Calloway swarms in for the seize. The video captures children of all ages keyed into life’s lessons and knowledge being spewed and ideally is four minutes of canvassed art brimming with smiles, happiness, teachings, and quality time spent. The hook itself resonates through the core with a perfect blend of tranquil tones and soulful bass accentuating Calloway’s intricate storytelling and countless gems. Listeners/viewers will feel the raw emotion from Calloway as he touches on heartfelt moments including lessons with benefits, providing a life he didn’t have, being part of growth and most importantly being the light, smile, and peace for his children. Calloway vows to do this with each soldier step until his last.“Father” truly identifies the…

Midwest Hip Hop artist Jayswifa presents "TIMELESS", just in time as the summer comes to an end. With 16 tracks of headbanging, soulful beats the album offers an instrumental soundscape, accompanied by only one verse from Jayswifa himself on the project's last track "Buenas Noches".
Along with the instrumental album, Ohio based Jayswifa explains his musical process in a new, detailed docuseries entitled "Beats, Rhymes and Life". The documentary gives an insight into his upbringing and music influences and includes rare footage of Kendrick Lamar and Jay Rock (TDE). Check out the album and docuseries below. 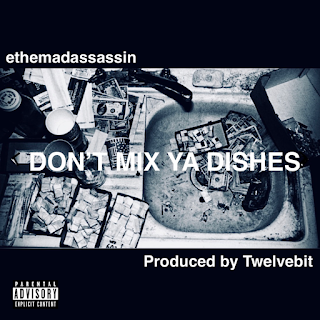 ethemadassassin is back with "Don't Mix Ya Dishes," the second single and video off his upcoming release, "Bear Handz 4: Dark Side Of The Mountain."
The classic boom-bap production provided by Swedish producer Twelvebit, is classic, piano-driven street music reminiscent of the Golden Era, but with an updated feel. Bear Handz 4" drops Sept. 3rd on all platforms.
Check out the video below.