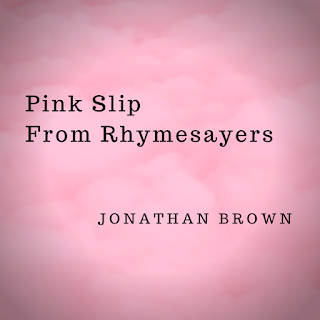 New Orleans rapper Jonathan Brown releases "Pink Slip From Rhymesayers", a song with the purpose of shining light on the recent controversy popular Hip Hop label Rhymesayers found itself in.

In his own words, Jonathan Brown says about the record:

"It's essentially the voice of the record label firing an abuser who’s been recently aired out publicly. I wish I could say it was a metaphor, but it’s not. Recently many artists in the indie-rap world have been exposed as behaviorally problematic and, in some cases, straight-up criminally abusive. These artists took to Twitter to apologize, but everything they said sounded insincere and like it was written by lawyers. Their response to sexual assault allegations basically amounted to PR damage control written by bots.
As a long time indie-rap fan, I was disappointed. I was saddened by my own naïve hero worship. It’s pretty clear that Rhymesayers and a few other labels in the underground rap world have hidden their artists’ awful behavior to save face. As a brittle patriarchal culture, we do not believe women when they speak up and that needs to change. Immediately. Underground rap was everything to a lot of people except a safe space, especially for young women who looked up to certain artists and were taken advantage of because of that admiration.
I don’t want “Pink Slip From Rhymesayers” to be heard as simply a “diss track.” I’m not angry exactly. I’m more disappointed in myself for not seeing warning signs earlier. To me, it feels like a breakup song. In some ways, I feel like I’m losing a friend. But that friend has done some terrible things, and I can no longer support him."


Check out the song and grab your copy below.