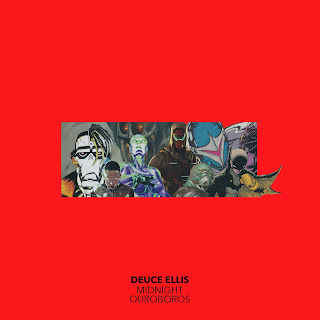 Buffalo-born, Brooklyn raised MC/producer Deuce Ellis is about to drop his second offering of 2020. At the end of May, he gave listeners “Camo Ellis,” a well-received instrumental EP that he co-produced with longtime friend Camoflauge Monk. However, what he’s serving up fans on Friday the 13th in November is his opus, “Midnight Ouroboros.”

This 10-track LP features Deuce on production and mic duties with some assistance from some of the game’s most sought after artists. On the emcee tip, he invited along Rome Streetz, Estee Nack, Hus Kingpin, G4Jag, Napoleon Da Legend, Billie Essco, Ty Farris, Jae Skeese, and Lxve The Genius.

While on the boards he collaborated with Camo Monk on three joints once again, and did one with another Buffalo beatmaker, CeeGee.

Now, to spark off this high profile affair Deuce is unleashing the lead single titled “RZA’s Keyboard” featuring Rome Streetz and Popa Wu (RIP). As the name suggests, the beat was concocted on RZA old keyboard, which was given to Deuce by his mentor Popa Wu. Deuce also recorded The Clan elder dropping mad knowledge, which he uses a snippet of on this special cut to tribute the late great. 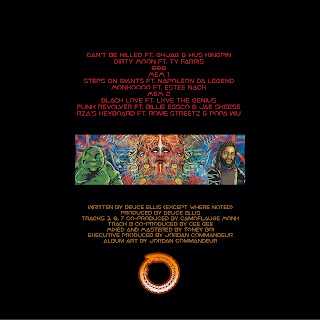