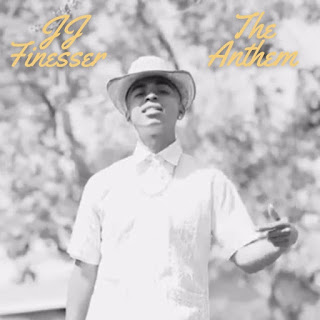 JJ Finesser drops visuals for "The Anthem", off his recently released album.

Influenced by A Tribe Called Quest, Static Major, Big L and Black Star, JJ Finesser describes himself as a real Hip-Hop emcee. All three of his albums have been mixed, mastered by Jerry D. As a student of the old school sounds of Hip-Hop, he classes his work as renaissance Hip-Hop as it pays tribute to the traditions of the genre. JJ Finesser started performing in 2012 and recorded the album “Nalej” in 2013 as a student at Santa Clara University after growing up listening to the golden era of Hip-Hop - The 90's. Inspired by this specific era of music, JJ Finnesser makes it his mission to let the younger generation know what real Hip-Hop sounds like, looks like and feels like.

'my album is titled “Classic OG,” for the real Hip-Hop emcees that came before me. I’m here to live and provide a legacy. I’m in this for the love of Hip-Hop.'

Watch the video, stream the track and connect with JJ Finesser below.