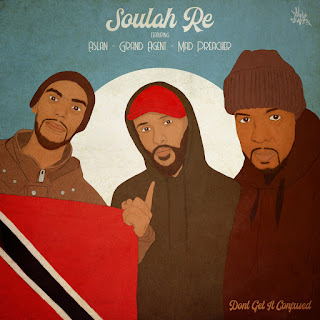 “Don’t Get It Confused” is an organic, funky hip-hop joint and the debut single from one-man band, with Soulah Re on all instrumentation.

Featuring 90s rap star Grand Agent who has worked with legends such as Pete Rock and Jill Scott, alongside UK veteran Aslan of Twelve Jewelz and lyricist Mad Preacher. Scratches and Cuts provided by DJ Squiqz.

The remix is a more laid back approach to boom-bap, perhaps more reminiscent of a chilled Tribe Called Quest or De La Soul style beat. The digital release includes instrumentals for both versions.