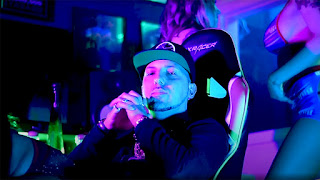 The intro from a loca on the line sets the tone and entrance for Termanology…in his zone overflowing Don Julio in the studio with mami’s, weed, and Henny. It’s clear he’s from the law where there are no laws. UFO Fev and Nems follow suit with their signature bars for the finale. The gritty bass-line bumps through the trippy, pulsating tones which echo the trios flow. Stream “Don Julio” below.