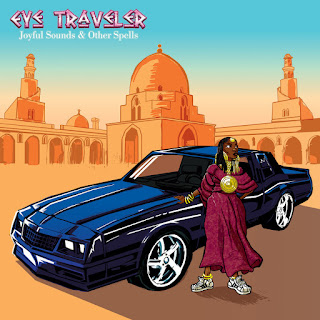 This animated video is a drug-induced fever dream with intoxicating images that show the protagonist on the run from a pack of scoundrels in hot pursuit. With his hoverboard in hand, the main character dodges in and out of the city trying to evade capture.

However, the foes trying to capture him do not understand the power he poses. They soon find out he was running not out of fear, but because he was trying to protect them from utter destruction.

Musically, the beat captures a tone of melancholy and remorse the protagonist feels hovering through the avenues.

Turn this up and feel that bass ooze through the speakers.

Check out the video and album and connect with Eye Traveler on Twitter https://twitter.com/EyeTraveler