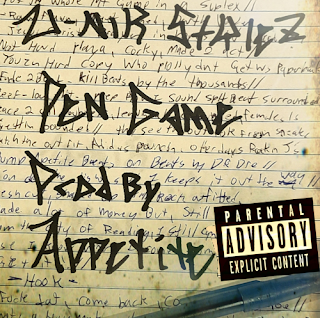 Reading, PA emcee U-Nik Stylez releases a new single off his upcoming solo album “Classic 4” an installment of his “Classic” series scheduled to drop in late 2021.

On “Pen Game” he delivers an asserting welcome that in recent years has been able to captivate his audience as well as other musicians with his “unique style.” Hip Hop is a competitive art form and the catchy chorus suggests that U-nik's Pen is similar to a Pin in a wrestling match, declaring him the victor. Producer Appetite provides a dark, hollowing backdrop with hard-hitting drums that tie the track together nicely. Stream "Pen Game" on all digital outlets here.

Submitted by ~Chris~ aka Revalation (Own Lane Music | EMS Productions)