Thunny Brown Ft. Stuck B & Illanoyz "How To Rap" (Video) 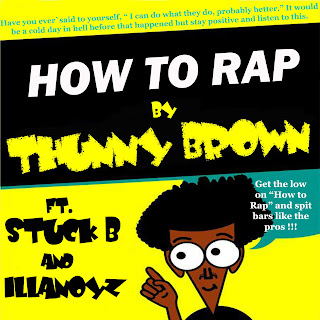 Brooklyn’s lyrical menace Thunny Brown recruits Stuck B and Illanoyz for his latest visuals “How To Rap.” The single/video, produced by Ten Street, is taken from Thunny’s new album ‘Heavenly Sword’ out now on major platforms.

Thunny is notorious for his gully, no bullsh*t bars with a street-certified deliverance…” How To Rap” is no exception! The video, cinematically action-packed features the trio of emcees as masked mad scientists, snatching rappers off the street. The mission, a hostile attempt to teach them how to rap.

Although these BK scientists mind their own, they see sh*t and come armed to take weak rappers to school, ready or not here they come and there’s nowhere to hide. “Get the f*ck out the way when the Brooklyn boys is spitting.”

The anthem-style hook along with knocking bass is sure to have NY boroughs quaking with alarm! Watch the video and connect with the crew below.