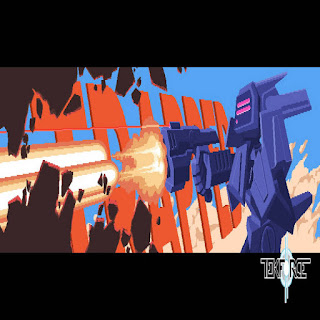 Hip Hop recording artist/producer Tekforce returns with the second single off his forthcoming ‘Child of the 80’s’ album, which is based on the old 80’s series called Robotech.

“Trapped” featuring Bill Beats is delivered during a fragile and uncertain time stemming from troubled America…The hook alone is set to resonate and give life to our weary senses. “Trapped! Ain’t no way that we are gettin out! Trapped! Didn’t know I’d have this many doubts Trapped! This is war we gonna fight it out Battle until we dyin/never cryin and we move about.”

The seasoned Texas-based artist, with an international growing fanbase depicts the impact of racial and governmental casualties on the mind and body. Trapped, riding solo in the cockpit, is he bold enough…strong enough…to put his own life on the line to save his brothers and sisters and our children?

The classic Hip Hop cadences, cuts and scratches invigorate the revolutionized lyrical flow from Tekforce. Stream “Trapped” on Bandcamp below.

Connect with Tekforce on Social Media